The best popular festivals and events 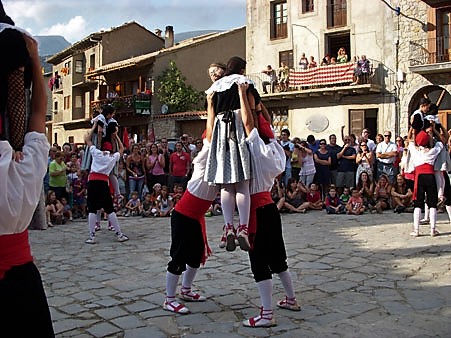 The Ball de les Coces is, without a doubt, the most important exponent of popular culture in Gósol, as it still survives today.

The Ball de les Coces is danced only on the day of the main festival, August 15, and sometimes also on August 17.

It is currently danced by eight pairs of boys and girls; in contrast we find that about twenty years ago it was only danced by men.

Feast of the Return of the Cathars

Medieval festival that remembers the passage of the Cathars or good men through Gósol. It is held on the last weekend of July. More than 700 years ago, Gósol was a land of Cathars. It was one of the places where they hid from the Inquisition and where, today, several routes are remembered his step.

Among the most recommended events are theatrical performances, workshops of ancient trades and the night climb to the castle of Gósol with torches.

Popular Walk of the Gósol Valley

As every year, on the third Sunday in July, we all get together to do the Gósol Walk. A walk that comes from afar, from 1988. The secret of his event is not only born of his scrupulous organization, but of having earned the emotional involvement of an entire people. Thanks to brave and determined connoisseurs of the territory, the Walk has managed to make families and friends walk, and in return, provide resources for the improvement of heritage such as the arrangement of paths and fountains.

“We will start by climbing open fields, then a wide forest will welcome you and fill you with scents of pines and boxwoods. The monsoons will accompany your steps with their songs. Then the flowers of the meadows by the roadside will hear your conversations, and make you glad to walk. Now the path will take you near a fountain and to rest it will give you its fresh water.”

Feast of the Harvest and the Batre

It is celebrated on the second Sunday in August, days before the Festa Major. The main event is based on harvesting wheat from the field. The sheaves are then made and taken to the Plaça Major where the wheat is beaten, the traditional barn is made and ground.

It is a traditional fair that is held on October 31 in the Plaça Major and its surroundings. People from the region come to the town to sell and buy products.

Black peas are a variety of Gósol, which is grown at more than 1,200 meters and has a reduced production. It is a high quality vegetable that you can discover at this fair.

In addition, as a typical gosolana cuisine you can taste the squared corn and the masked potatoes.

Josep Maria Ballarín (Barcelona 1920 – Berga 2016) was a Catalan chaplain and writer, who chose Gósol to live the last years of his life. A street is dedicated to it.

“In the village we have people from outside who have done well for us without noise or tears. And I’m not talking about myself because in these villages the chaplain who lives there, without the need for any role, is already one of many.

I could tell you how and with what peace you live in Gósol, find people you know on the street, ask a man how his sausage is, find some kind woman who brings you the first rovellons, someone else who is not going to take you a lettuce.“

Popular and unique, controversial and prolific, he built an extensive literary work, with titles of great repercussion in sales such as Mossèn Tronxo, inspired by the figure of the rector of Gósol, Ramon M. Anglerill, and Santa Maria, bread of every day , Ramon Llull Prize 1996. His most present work in the village, however, is a much-loved play performed around Christmas, Els Pastorets de Gósol.

Bishop Ballarín rests in peace in the Gósol cemetery, according to his own wishes. 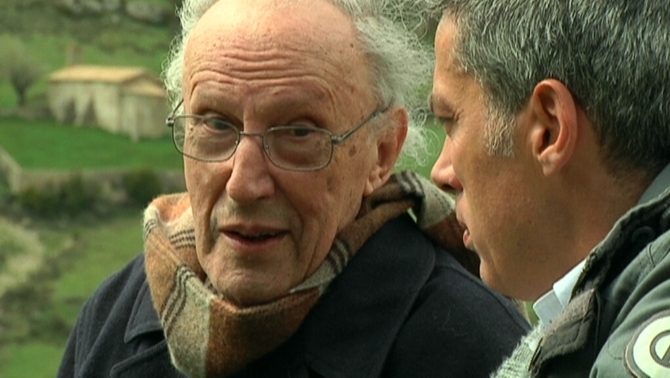